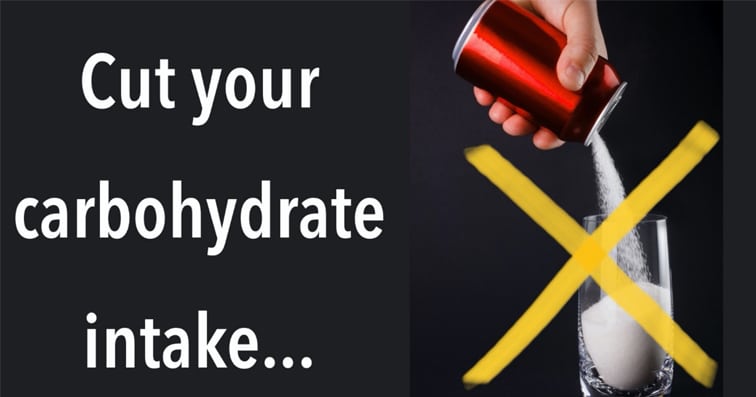 Do you think that once you have type 2 diabetes, you’ll always have it? You may want to think again. When I was in medical school, I was taught that type 2 diabetes was a chronic, progressive and debilitating disease with no cure. Most doctors are still taught that philosophy which they relay to their patients. That is false information. Several studies over the past few years show that type 2 diabetes can be reversed. Since diabetes and its complications is the 7th leading cause of death, it is worth attacking and ameliorating it.

I refused to believe that diabetes was irreversible based on an interaction with one patient in 1998 who reversed her need for diabetes and blood sugar controlling medications within one year. She taught me that what we were teaching about diabetes as irreversible was incorrect. What did she do? She lost 86 pounds in one year and continued to maintain that weight loss. She was enrolled in a study at Washington University in St. Louis for managing polycystic ovary syndrome using low dose metformin to initiate ovulation in women with this syndrome. My patient started losing weight at the same time, so she added some dietary modifications and came out of the study with that large amount of weight loss. At the end of the study, she discontinued metformin and set about maintaining her weight loss. And she succeeded.

Low dose metformin with dietary modification became a mainstay for me with patients who were on a weight loss journey. Although metformin is used for management of type 2 diabetes, the dose I used was lower than what is used for blood sugar control. But it works well for weight loss.

Even though type 2 diabetes can be progressive and worsen over time, we now have evidence that it doesn’t have to. This can be done even without low dose metformin. The plan involves being committed, aggressive and continuous until you achieve your goal. Type 2 diabetes is reversible, and I’ve helped people do it for about 25 years.

Only about 50% of people with type 2 diabetes are clinically obese. So, weight loss is not the whole story. Type 2 diabetes develops over time as accumulation of fat in the liver is more than can be tolerated by that person. Eventually, the pancreas accumulates fat as well. This increased liver fat leads to insulin resistance and eventually full-blown type 2 diabetes.

The dietary interventions in the past have included close attention to macronutrients and low-fat diets. More recently, a low carbohydrate approach to blood sugar control has been found to be more successful. In a British non-randomized study a low carbohydrate dietary approach coupled with time restricted eating has shown weight loss of up to 27 pounds that was maintained for two years.

Of course, this leads to the question of what is considered a low carbohydrate diet?

A team of researchers, led by a professor at University of Cambridge School of Medicine in the UK, summarized recent studies about diabetes remission. Here’s what they found:

???? KLM About half of people who are within the first 10 years of a diagnosis of type 2 diabetes can return to non-diabetic glucose control—as long as they lose weight and maintain that weight loss.

That’s incredible and should motivate anybody with a recent diagnosis of diabetes. The addition of low dose metformin may make this even easier to accomplish.

Here’s a summary of some of these researchers’ findings:
• Controversy remains as to whether a low-carbohydrate or low-calorie diet is more beneficial for people with type 2 diabetes, but both appear to help.
• Time restricted eating may support weight loss.
• Focusing only on macronutrients is oversimplified. Food quality matters too.
• Most studies on diabetes remission have been done in white populations, but similar results have been found in ethnicities that include Hispanics, African Americans, South Asians, Middle Easterners, and African Carribeans.

With naturopathic and functional medicine approaches, we have many tools to support your metabolism, blood sugar, and weight. The key is to find what YOU need for your unique body and biochemistry.

Bringing your body back to a state of healthy metabolism and blood sugar control sets you up for a lifetime of better health. If that’s what you want for yourself, contact me and I’ll help evaluate your unique situation. I have a team of professionals to help you along the way.

Stay tuned for even more exciting information about using low dose metformin for improving your health.

Your Microbiome Affects Your Mood

Read More »
© Copyright 2022. Health Without Risk  |  All Rights Reserved.
Sign in Create an Account
Lost your password?
Select the fields to be shown. Others will be hidden. Drag and drop to rearrange the order.
Click outside to hide the compare bar
Compare
Compare ×
Let's Compare! Continue shopping
Shopping cart close